We are huge lovers of Essentail oils. Clary sage is up there with our favourites!

Check out this article, impressive credentials for such a tiny little herb!

What are the possible benefits of clary sage oil?

We include products we think are useful for our readers. If you buy through links on this page, we may earn a small commission. Here’s our process.

Clary sage, also known as Salvia sclarea, is a plant native to the northern Mediterranean Basin. It is widely used for medicinal purposes and as a spice.

Many parts of the clary sage plant can be used, including the leaves, flowers, stems, and seeds. In alternative health practices, clary sage essential oil is used in aromatherapy.

In this article, we take a look at the uses and suggested health benefits of clary sage oil. We will also look at whether there is any scientific evidence to back these claims up. We also examine how the oil is used, and what side effects could occur.

Aromatherapists and related alternative health practitioners often use clary sage as an essential oil in their treatments, and supporters believe it has many health benefits.

People may use the oil for one or more of its potential properties, including:

Below is a list of possible health benefits for clary oil. It is worth noting that many of the studies listed below either involved small numbers of participants or were carried out on animals rather than humans.

A 2010 study published in the Journal of Ethnopharmacology investigated the antidepressant and stress-fighting effects of several different essential oils in rats. The oils used included clary sage, chamomile, rosemary, and lavender.

The study found that out of all the oils tested, clary sage oil had the most potent anti-stress effect.

The researchers concluded that clary sage oil could be an effective treatment for people experiencing depression. They also suggested that the effect of the oil was closely linked to the feel-good hormone dopamine.

Another piece of research published in the Journal of Medicinal Food found that including clary sage oil in the food of animal subjects lead to a significant reduction in dominant and anxious behavior.

ResearchTrusted Source published in the Journal of Ethnopharmacology in 2017 found that an extract of clary sage had significant anti-inflammatory effects in rats. The researchers concluded that the clary sage extract could be an effective treatment for the inflammatory gum condition periodontitis.

It is worth noting that the study also found that applying the same clary sage extract 3 days before infection did not appear to have a preventive effect.

Different sage plants have long been thought to improve mental function in various ways. A 2017 reviewTrusted Source looked at the effects of various sage plants, including clary sage. The author found that sage plants seem to be associated with improved memory, greater alertness, and potential Alzheimer’s-fighting effects.

The same review also noted the anti-depressant and anti-stress effects of clary sage mentioned above.

Other research has also suggested that some of the chemical components of clary sage have anti-fungal effects.

How to use clary sage oil

As research has found positive effects of clary sage oil when inhaled, taken via the mouth, and applied directly to inflamed areas of the body, there are many options for how someone can use it. Users should make sure to select 100 percent essential oil.

Skin: Add about 6 drops of clary sage oil to 1 oz. of carrier oil, such as coconut oil, and rub directly onto a wounded area, or massage into skin. Add 3 to 5 drops of essential oil to the bathwater to soothe sore muscles and improve mood. When rubbed onto an injured area, it can have a direct antiseptic, anti-inflammatory, and anesthetic effect.

Oral: Add around 1 to 2 drops of 100 percent essential oil to tea, smoothies, or food for a soothing effect, and to help reduce inflammation in the gums. The Natural Standard Herb and Supplement Guide state that 25-50 microliters (or 1/2 to 1 drop) can be taken orally one to three times daily.

All of these uses appear to be safe and may be beneficial.

Various sources make claims about clary sage oil increasing estrogen in the body, but at least one 2017 studyTrusted Source that investigated the estrogen-boosting effects of different essential oils did not seem to agree. The study did, however, suggest that geranium and rose otto essential oils might boost estrogen.

Other supposed risks or side effects of clary sage oil seem to be largely anecdotal and appear not to be well supported by research.

A reasonable precaution would be to test a small area of skin before applying the oil to large areas of skin and avoid using clary sage oil before driving or operating heavy machinery. People should also stop using clary sage oil and consult with a medical professional if any issues arise.

The United States Food and Drug Administration (FDA) do not regulate essential oils. People who wish to use them should speak to their healthcare provider first and be sure to obtain the oils from a respected supplier.

A large body of research suggests that clary sage oil could have many health benefits.

These benefits include anti-depressant and anti-stress effects, likely connected to the hormone dopamine. These effects could make clary sage an effective natural remedy for low moods. It is worth noting that many studies do not involve large groups of humans, however.

Clary sage oil has also been shown to lower blood pressure, relieve anxiety, and be a great all-around stress buster. There’s some suggestion that, as a member of the sage family, it may even have a positive impact on memory and mental function.

Finally, clary sage oil has been shown to have excellent anti-inflammatory and moderate antibacterial effects, as well as anesthetic properties. It is worth keeping in mind, though, that clary sage oil does not appear to prevent inflammation but instead acts as a treatment for it.

SEAWEED, COULD ANYTHING BE MORE FASCINATING?!

Check out this article from the Times of India.. What Is Seaweed, Benefits & How To Use It TIMESOFINDIA.COM | Last updated 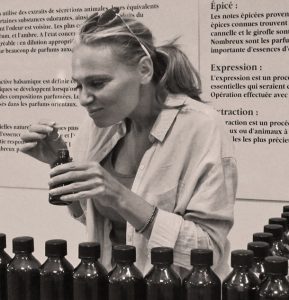 ABOUT HERB DUBLIN READ ON…

Welcome to our blog! We are so delighted to be here! Our products are made with pure love to bring you relaxation